Today’s challenge : investigate the slow responsiveness of the api. I was assigned the task to investigate the performance report produced the day before. The report concluded in the most unclear manner that the backend was lacking in term of performance. No precision regarding the list of failing api calls was provided. I used newRelic and discovered that indeed during the specific timeframe mentioned a clear bottleneck was surfacing an a specific api call to a specific internal server.

I reached out to the developer mainly responsible of this server. The newRelic information [pointing out the entanglement] was challenged in the most defensive and almost aggressive manner to my stupefaction.

Developer do not like to be pointed out or criticized. What/How should have approach this developer ?=

The developer challenged the results by saying “I just executed the specified api endpoint with the specified payload and guess what; the result came back under one second”. Omitting the context of Heavy Test Performance. So being pushed back multiple time, I moved on to the sysOp department to get more information on what was going on.

The slow server obviously was not monitored with newRelic. A coordination with sysOp was necessary to get this server under surveillance. During our meeting, it was established that the server was under provisioned in term of CPU power and memory space. We did increase these metrics.

The tests were ran and passed successfully. The main challenges were to get the approval from the CIO to have sysOp moving and the developer’s resistance to acknowledge a possible glitch on the server.

My approach toward this developer although very specific and data documented should have been persuasive rather than convincing.

Laravel makes API authentication a breeze using Laravel Passport, which provides a full OAuth2 server implementation for your Laravel application in a matter of minutes. Passport is built on top of the League OAuth2 server that is maintained by Andy Millington and Simon Hamp.

Fast development and Integration according to David Raleche – Process 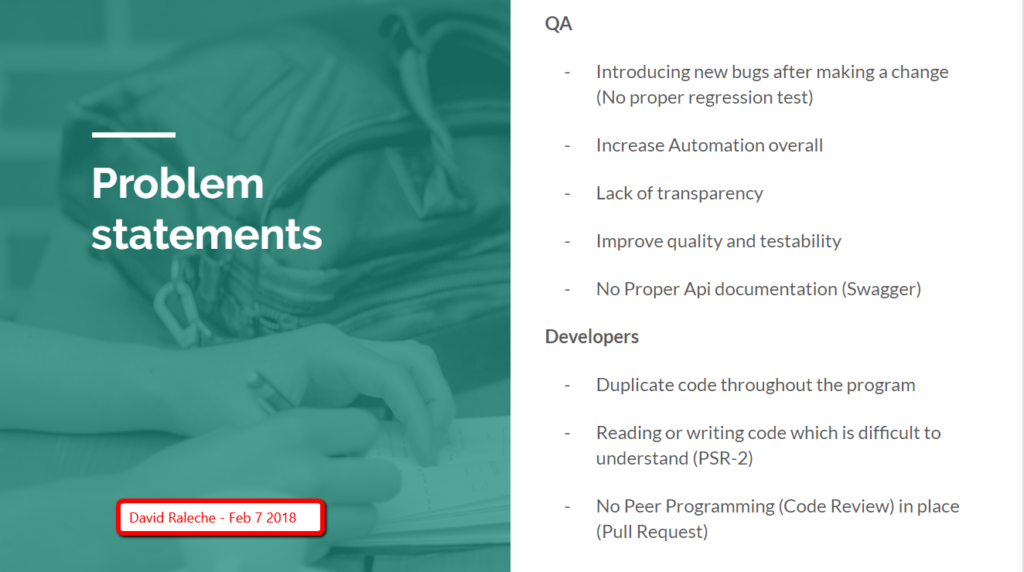 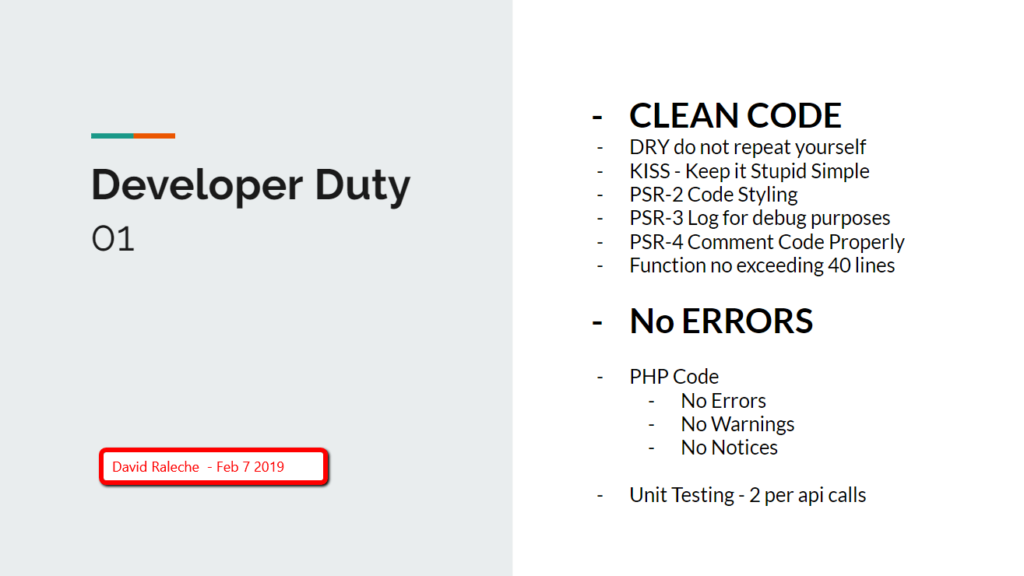 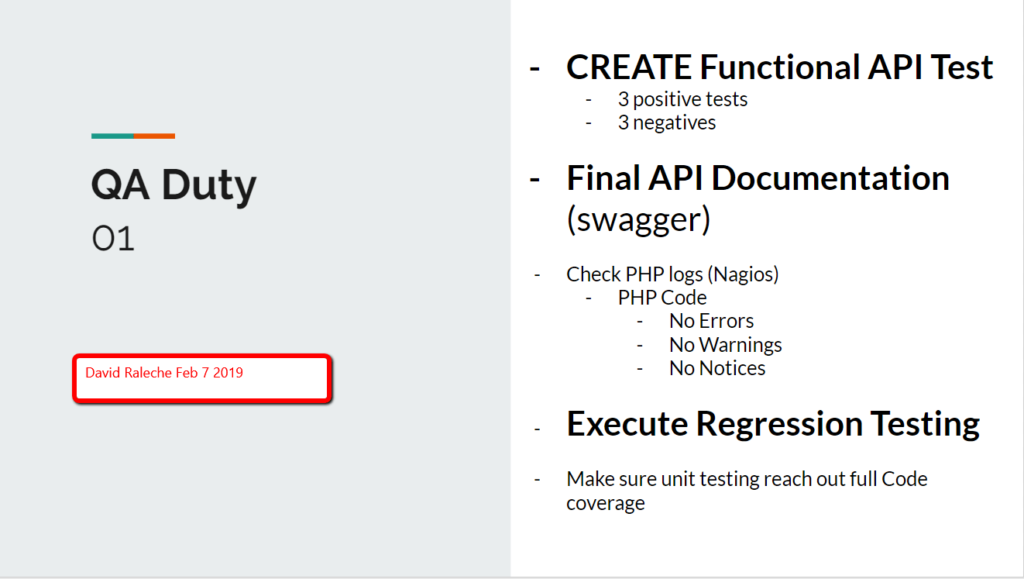 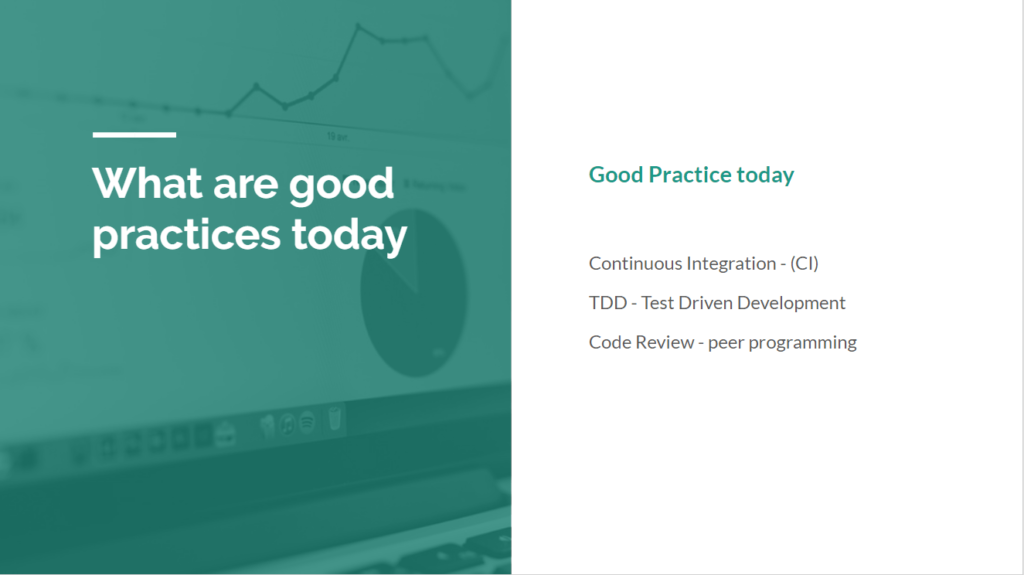 I think this is the right way:

Then, you have two options:

OR If you are on some other branch: