Every Door Direct Mail® (EDDM®) services to promote your small business in your local community. If you’re having a sale, opening a new location, or offering coupons, EDDM can help you send postcards, menus, and flyers to the right customers. Use the EDDM Online Tool to map ZIP Code(s)™ and neighborhoods—even filter by age, income, or household size1 using U.S. Census data.

The TIGER/Line shapefiles and related database files (.dbf) are an extract of selected geographic and cartographic information from the U.S. Census Bureau’s Master Address File / Topologically Integrated Geographic Encoding and Referencing (MAF/TIGER) Database (MTDB). The MTDB represents a seamless national file with no overlaps or gaps between parts, however, each TIGER/Line shapefile is designed to stand alone as an independent data set, or they can be combined to cover the entire nation. 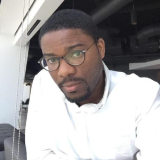